General Sani Abacha, was Nigeria’s former Head of State between 1993 and 1998.

Even though he is no more, General Sani Abacha has been humorously described as one of the ancestors of Nigeria who has been donating money generously to successive governments from the land of the dead as his loot was outrageous.

He’s a man of multiple impressions. To some people, he was an enigma. To others, he was humane. But to many, he was simply a mean dictator and the man who wore the thickest goggles in town. Yet, some quarters preferred him as a consummate soldier, leader par excellence, trailblazer, stabilizer and strategist.

On December 31, 1983 when the army removed then President Shehu Shagari from power to give way for Gen. Muhammadu Buhari, Abacha announced the power takeover.

He also co-announced the coming of the Babangida regime with Gen. Joshua Dogoyaro and it was in that regime that he served as the chief of the army staff.

On November 17, 1993, Abacha took the reins of power after sacking the Shonekan interim administration where he served as Defence Minister. From that day to June 7, 1998, Abacha reigned supreme and maximally.

Since he died, however, his name has continued to resonate for mostly the wrong reasons of corruption, fraud and financial embezzlement.

Many believe that his regime encouraged corruption by stashing away illicit funds in foreign bank accounts. One huge surprise about the saga, however, is that it’s been 22 years since Abacha passed on, yet government after government have continued to talk about Abacha loot.

Though it may be difficult to place a hand on the figure stolen and hidden in many offshore accounts, Transparency International once said Abacha may have stolen up to $5bn between 1993 when he assumed office and 1998 when he died.

The recovered monies were principally stashed away in four major countries: 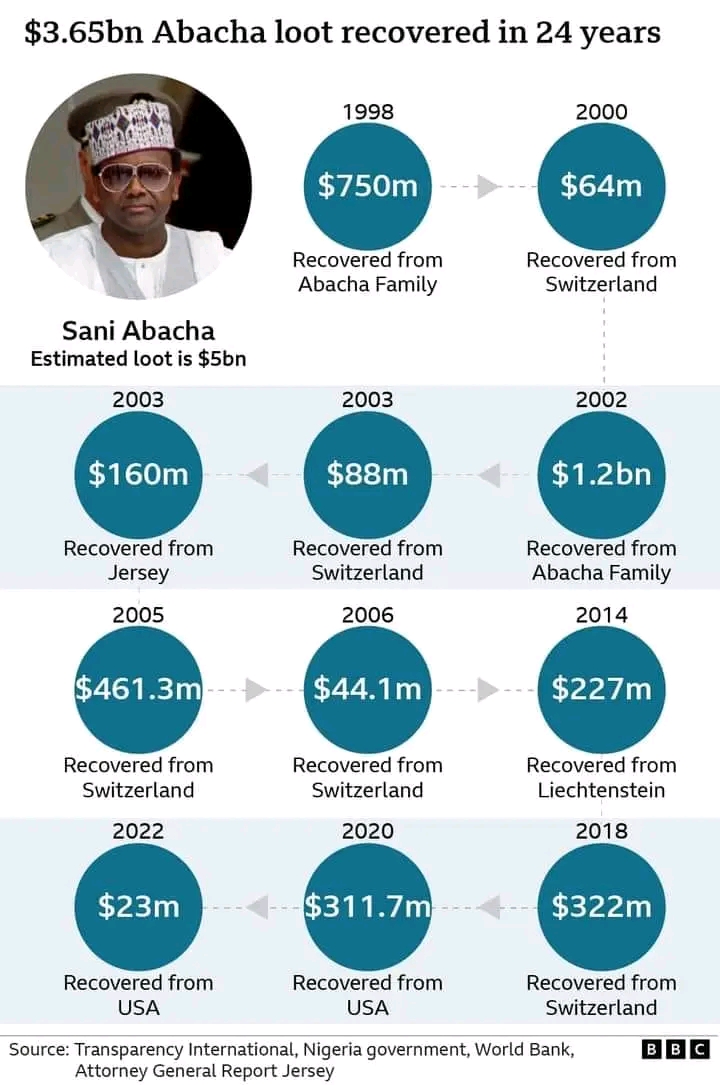 Again in 2022, the United States (US) government has signed an agreement to repatriate $23 million looted by a former military head of state General Sani Abacha to Nigeria.

But to be honest with you guys, I don’t believe in all these Abacha loot stories any longer. Where is all the recovered loot? Where did the money go to.

Abacha Loot Is The Biggest Scam Of All Time –DO YOU AGREE?

5 places in the world you’re not allowed to visit