A man has taken to Twitter to share the message he received from a debtor as he advised people to stop lending others money.

“Stop lending money to people. They won’t pay you back,” the man wrote.

Another tweet he shared reads: “When you lend people money, you tend to lose both the money and friendship.”

He then shared a personal experience with someone who blocked him despite owing him money.

When asked why, the debtor replied: “A lot of people are owing me but I don’t act like a lunatic towards them.”

“See why you shouldn’t lend people money,” the debtor captioned the screenshot. 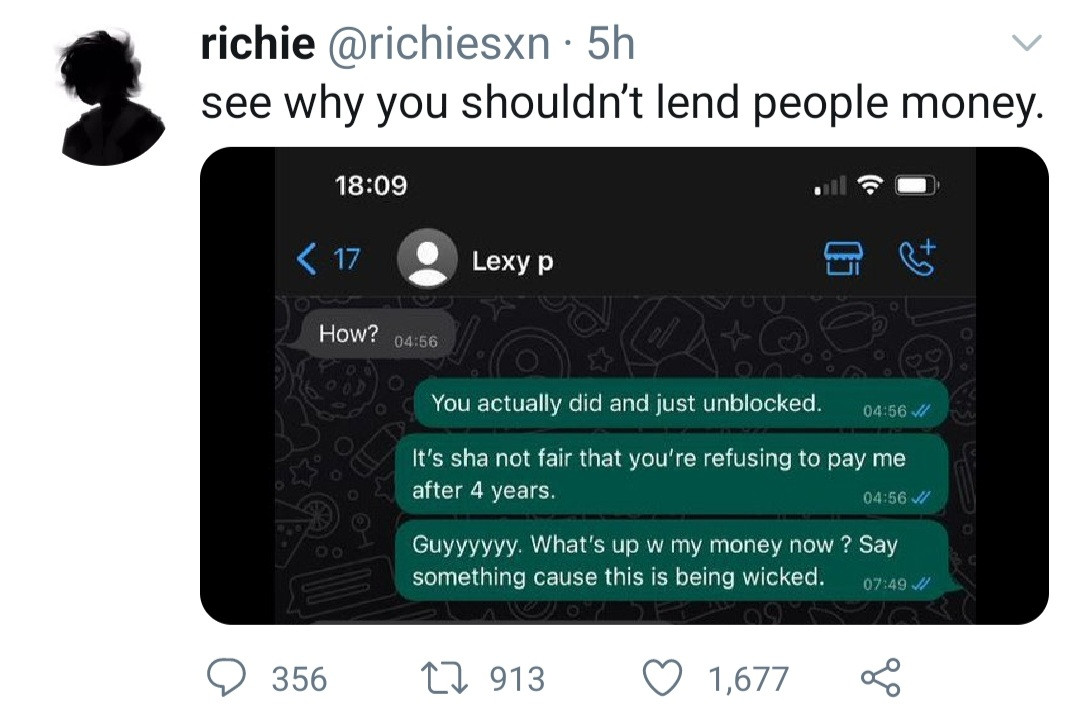 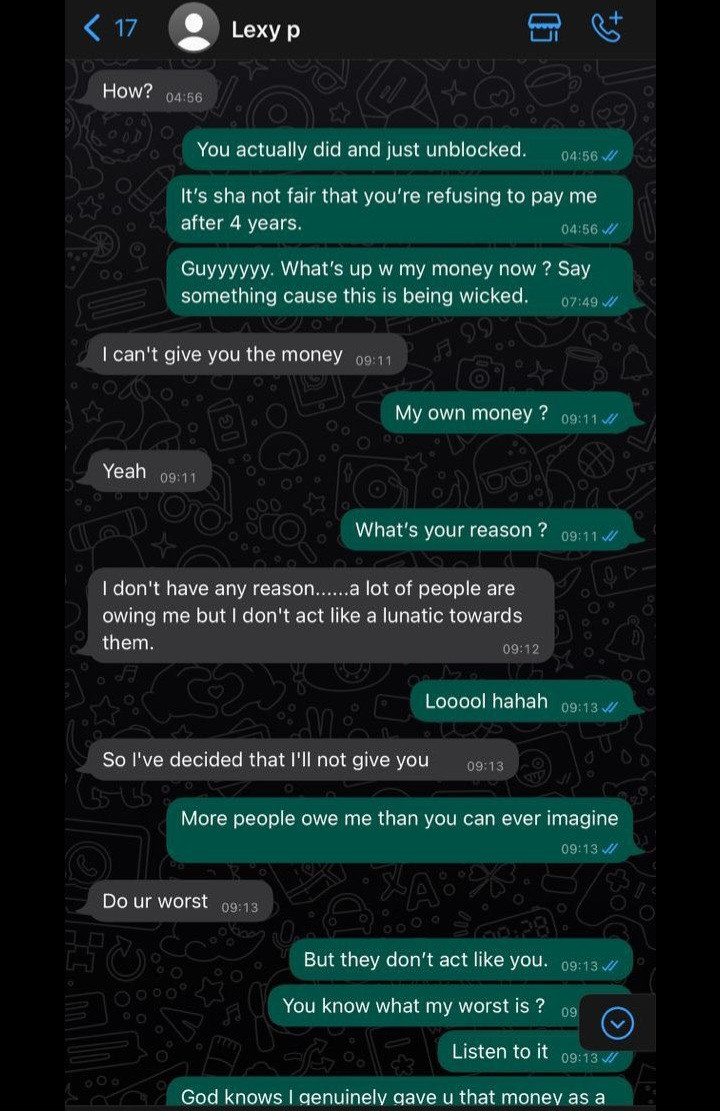 THROWBACK!! If You Remember This Image – How Many Children Do You Have Now And What’s The Title Of This Movie?